I am afraid that right now the poor bees don’t get a look in, although I have seen a few dodging the rain here and there. The rainy week has also seen very reduced numbers of butterflies. The good thing is that the plants and trees are loving it and everything has turned green as if by magic. The bluebells are blooming in the local woods, the scent is beautiful right now when walking though the glade. 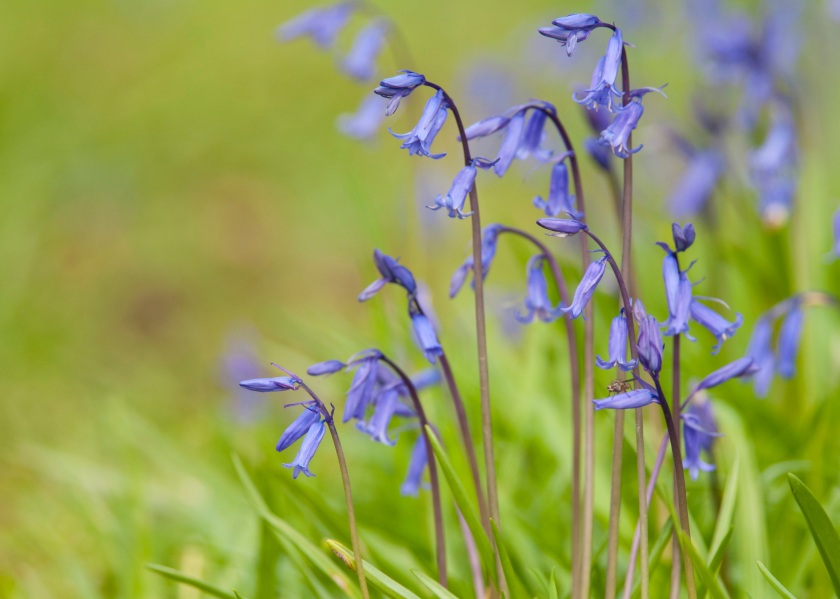 Some of our summer visitors have arrived and being lucky enough to live by a small coppice, I get the opportunity to watch them at quite close quarters. There are several pairs of Chiffchaffs and I have watched the female scurrying around and building the most wonderful nest as Mr Chiffchaff sings loudly up in the tree. 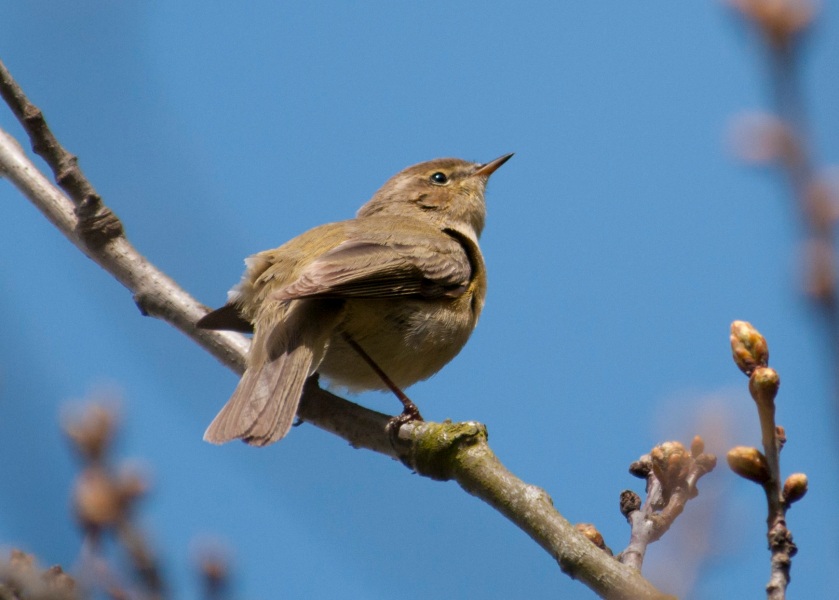 We have several Common Buzzards up on the Hermitage. As soon as the clouds break, you can see them soaring above our house. Normally they are by far too high to get a decent image but, the other day they were being harassed by the Crows. If you are looking in from across the pond, I am pretty certain that you don’t get these over there but, they are a lot like some of your Hawks. I even managed to catch him in a little blue sky 😀 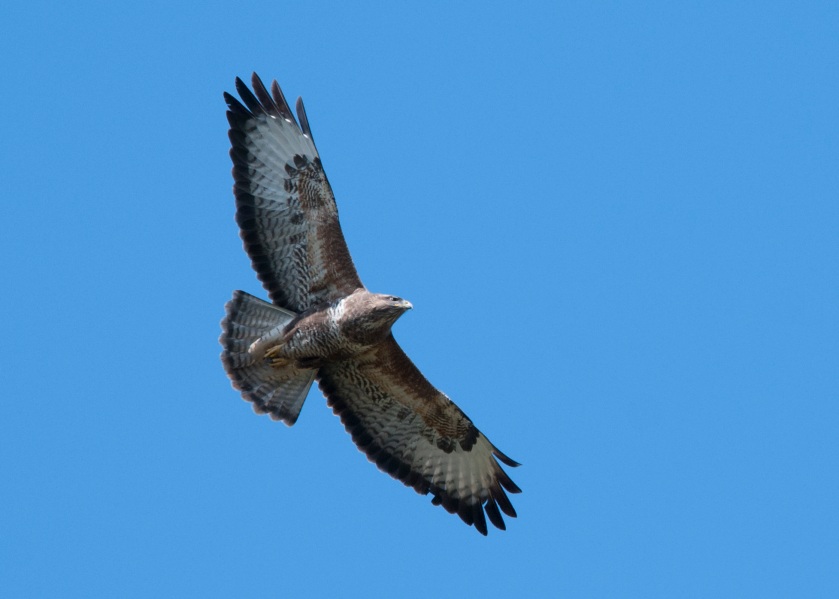 About, two years ago, I did used to see a very occasional rabbit up there. But, it was very rare! Now they seem to be making a comeback and instead we have a lack of Grey Squirrels. I am not certain why, nature has a strange way of evolving when left to itself. 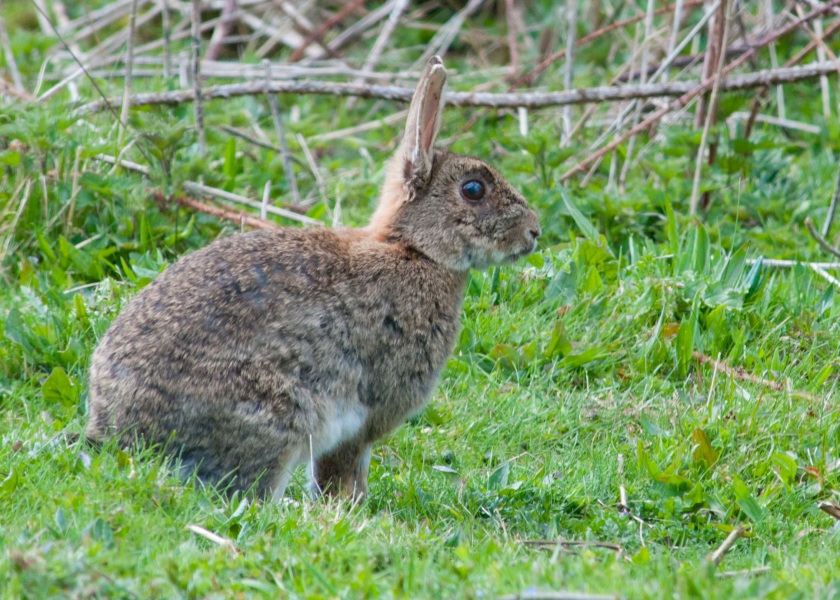 Along with the season, it has also been terribly windy. I had to smile at this little one sitting on a garden fence getting a little bedraggled! 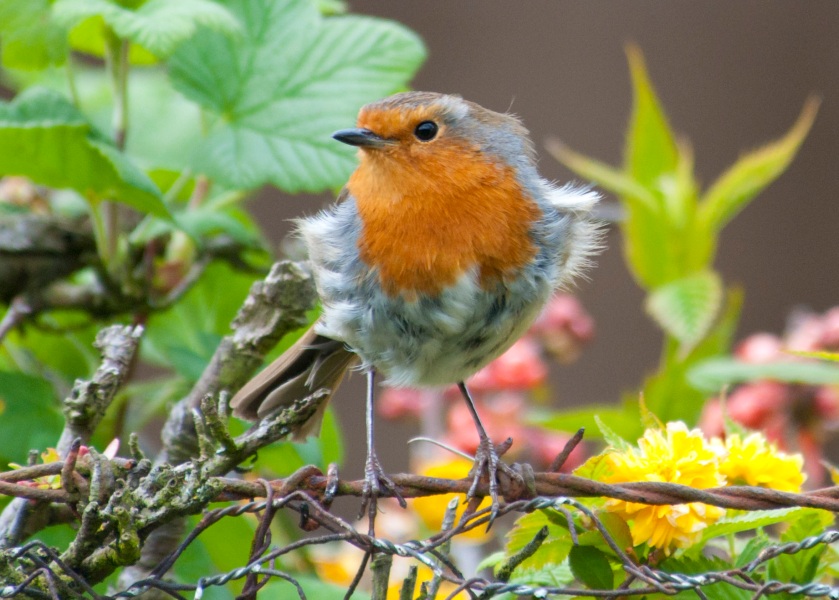 A lot of the wild flowers in the meadow are common, it is always nice to see the return of them. The first daisy, the first dandelion or in the case the first buttercup. I see them all emerge and know that the butterflies and moths that like each plant will follow. 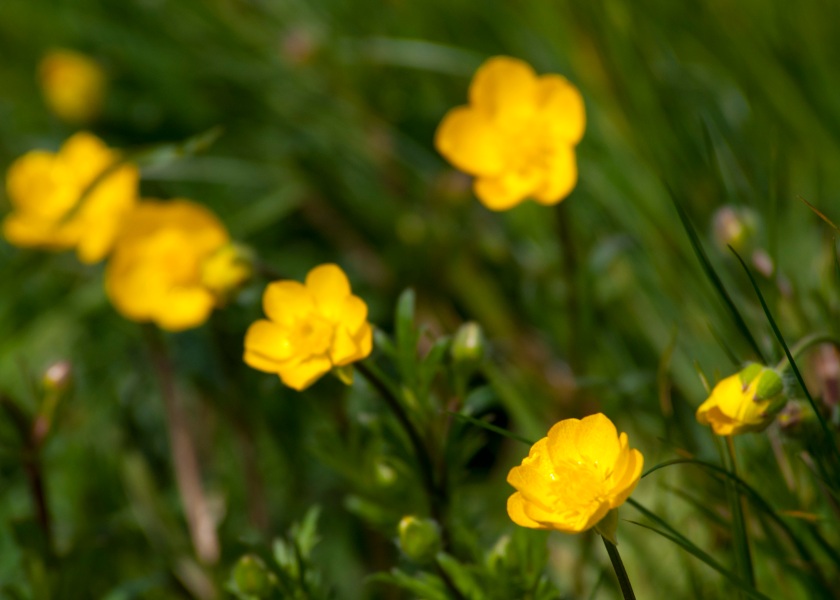 Have a lovely weekend 🙂

Th annual british falconry fair seems to change venue but, thankfully it was still not too far away. As a bird lover, I pay particular attention to the birds as it provides me with so much insight as to their natural behaviour. I hope you enjoy the closer look at birds of prey. 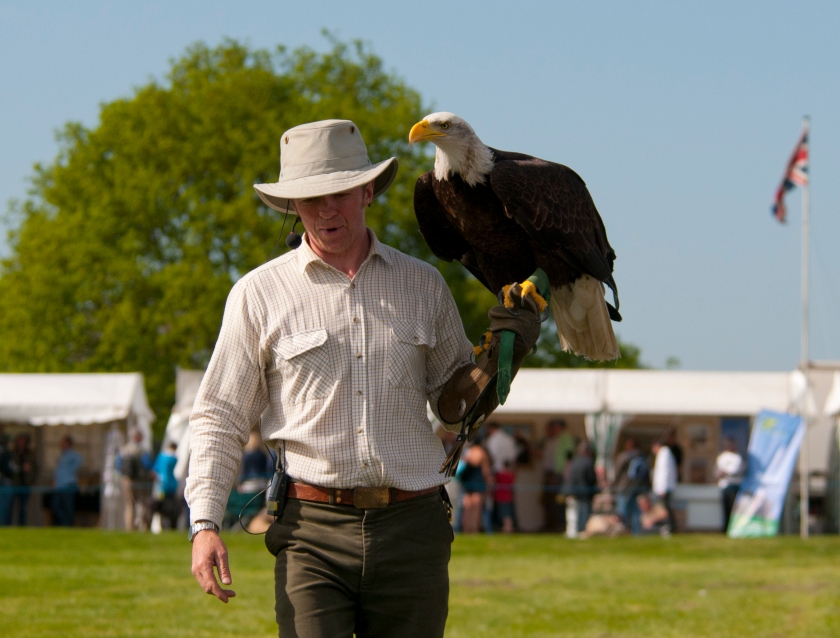 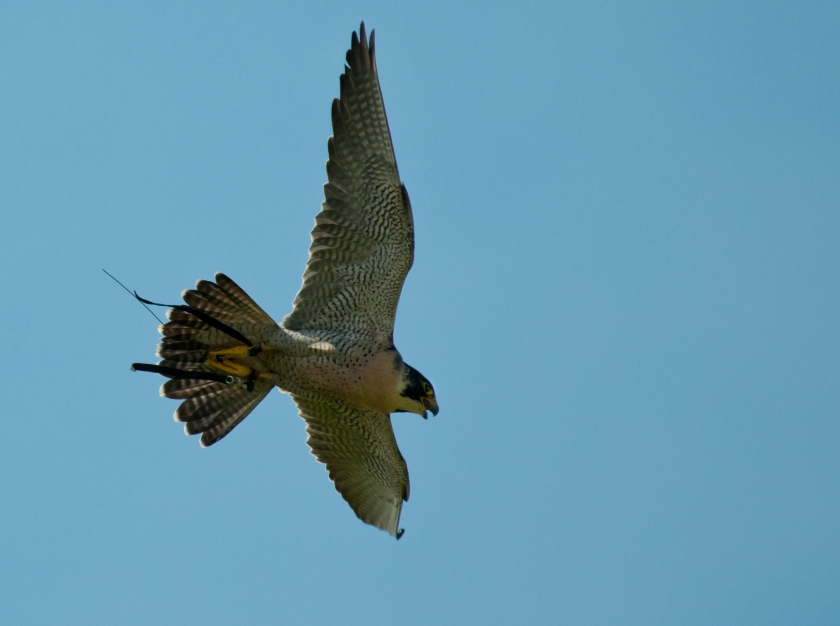 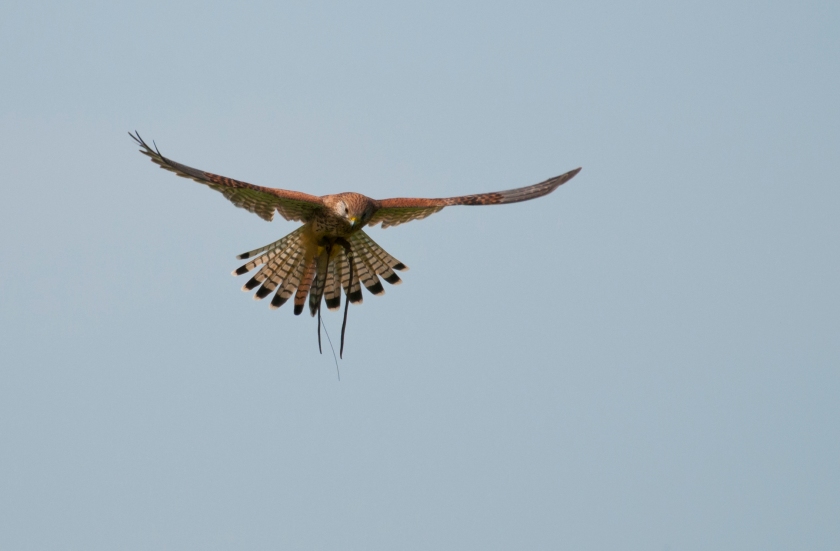 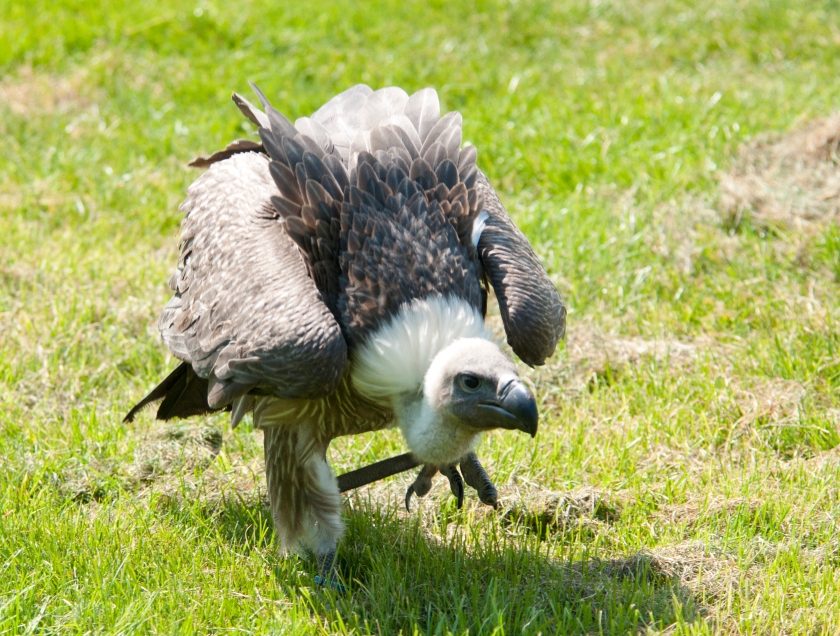 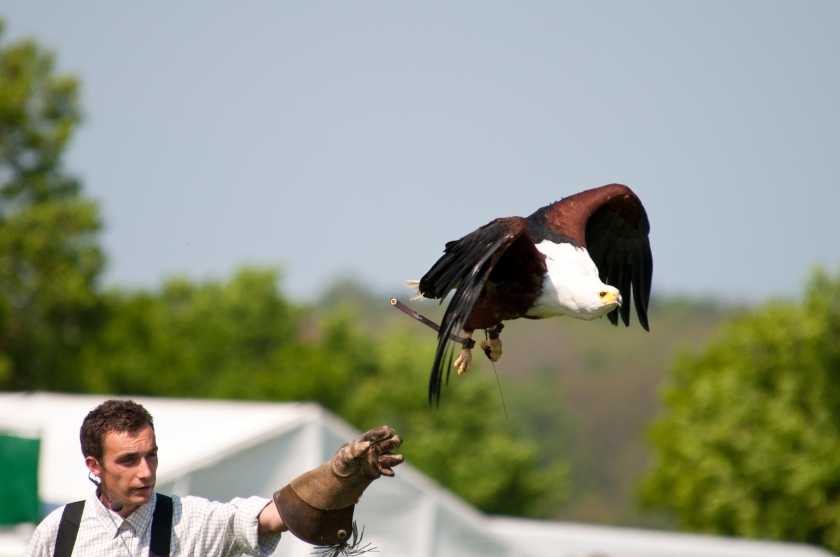 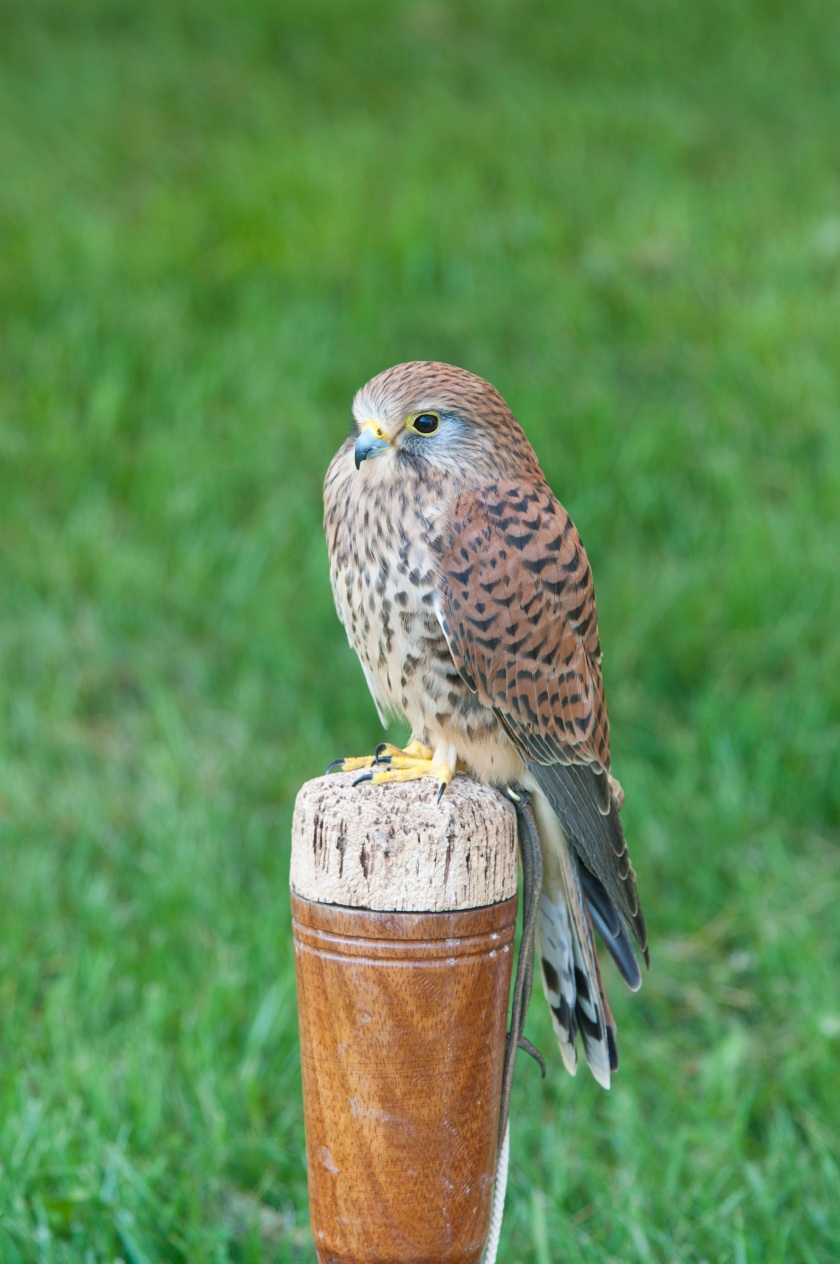 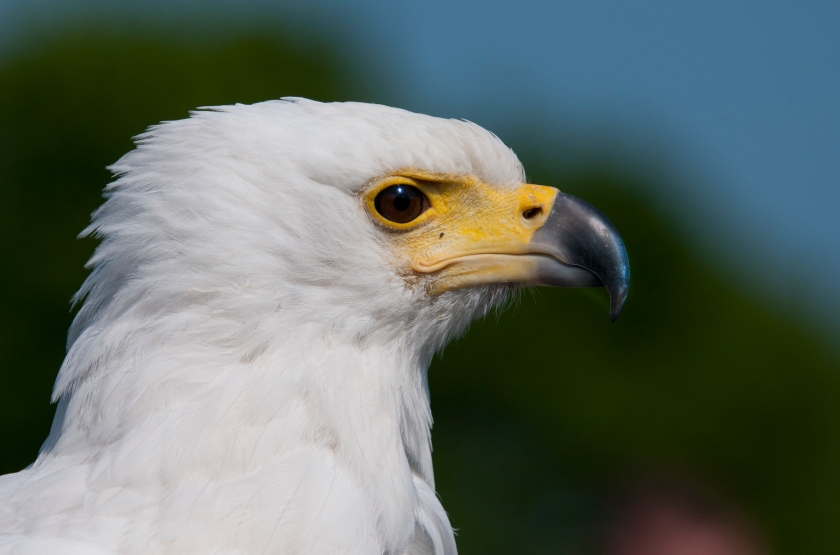 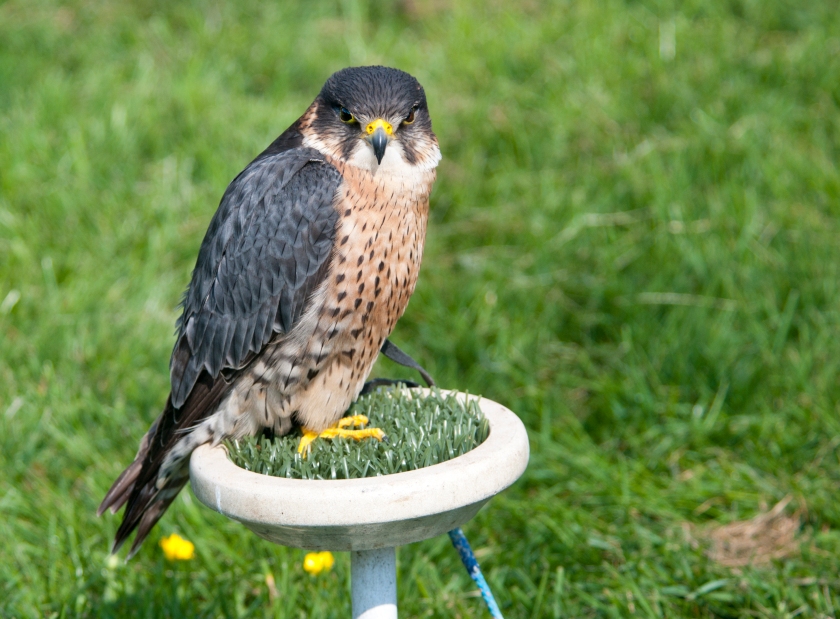 If you ever get the chance to visit a show like this, it is amazing and a rare opportunity to see them up close together with very natural behaviour. I am also reminded by the falconers themselves about the threats to our world popluations of birds of prey, nearly always from man/pesticides. However, it is cheering to hear down to a lot of effort that some of them are making a comeback in Britain. The Peregrine Falcon (2nd and last), in particular. I look forward to seeing some in the natural environment too.