The frost in shropshire has been unlike anything I have previously experienced. Because of the damp air and the fog, the ice seem to be growing …and growing.
Up on the Hermitage at Bridgnorth, there is almost a magical quality and the remaining mist almost makes the trees look fluffy in the distance.

The way a crow
Shook down on me
The dust of snow
From a hemlock tree
Has given my heart
A change of mood
And saved some part
Of a day I had rued. 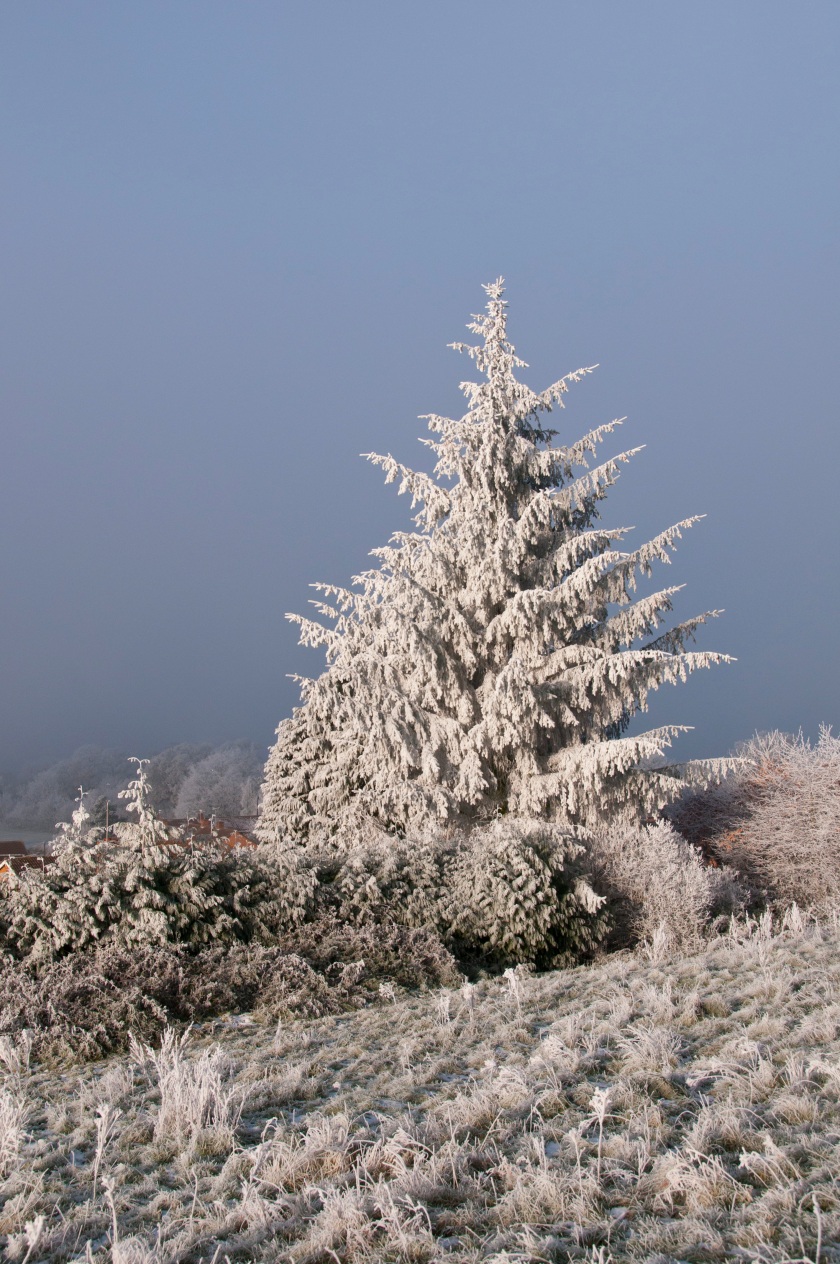 But, as the mist dimishes, the sky takes on the most amazing mediteranean blue colour…………

Artist & Photographer from the UK View all posts by Chrissy Marie